Have you Discovered the Douro Wine Region of Portugal? 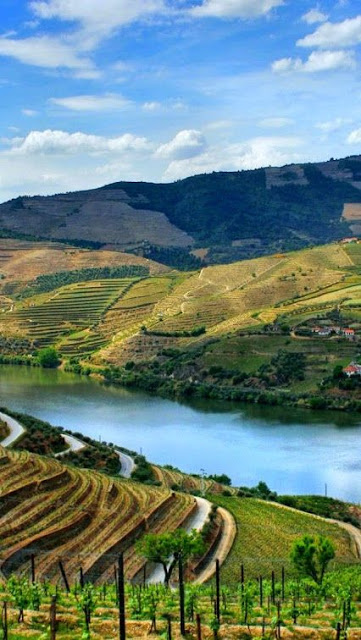 The Douro Valley, located in Northern Portugal, plays a very important role in the global wine industry, not only as a major producer of choice wines, but also as the home of one of the best dessert wines in the world-Port. The beauty of the Douro Valley is virtually unmatched, as the characteristic steep hillsides of the region stand out starkly contrasting the Douro River, which the region is named after, winding along the landscape. In fact, the landscape is a reason why the region is classified as a World Heritage site by UNESCO.
Interestingly, the Douro is one of the oldest wine regions in the world. In fact, it was legally demarcated in 1756, becoming the first classic wine region. The history of this region is so firmly steeped in wine production that it is virtually impossible to talk about the Douro Valley without mentioning wine-making! Wines of the Douro region date as far back as four thousand years B.C, a fact evidenced by the discovery of grape pips in ancient archaeological sites. Also, most of the fortified villages are believed to be from this period. The Romans’ arrival to the region led to the development of the region in terms of road networks and bridges, which in turn intensified the region’s agricultural activities, and wine production became the major activity.  Agriculture flourished and the development of the villas along the Douro hills increased in the 12th and 13th centuries. Ultimately, the significant economic growth and prosperity during this period was proportional to the prosperity of the wine production, and transportation of wine to other regions began.  Yet, we still have a long way to go in terms of what the Douro has to offer.
Scenes of the Douro River via train
The climate of the Douro region makes it a prime area for wine production.  The general climate of the region is largely dictated by the landscape. The sloping of the landscape has resulted in different climates being experienced in different parts of the valley. Generally, regions lying the furthest to the east of the valley experience a drier climate, and this is where the deeper and richer wines are produced. The valley can be divided into three different sub-areas: Douro Superior, Baixo Corgo and Cima Corgo.

Baixo Corgo – this area lies the furthest west, towards the Marão mountains. This area experiences the highest rainfall, and grape yields are the highest here. Most of the wines produced here are early maturing, suitable for drinking when they are still young.
Cima Corgo – this area lies to the east, and experiences a drier climate as compared to Baixo Corgo. It also realizes a lower grape yield. The location of the area makes it the choice destination of some of the best vineyards in the region. It also produces richer wines that mature well.
Douro Superior – this is the driest area of the region. It experiences the least rainfall, and consequently, low grape yields. The dry climate of this area makes it produce some of the best wines in the world. 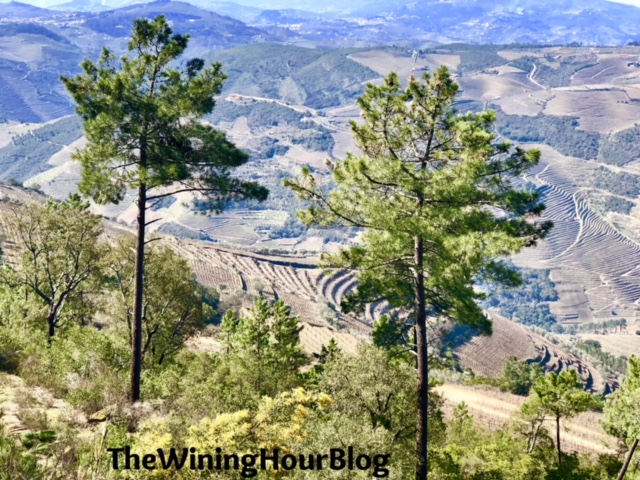 The soil found in Douro Valley also contributes to its optimal terroir. The soil is comprised of schist, which is very good at retaining water and is high in nutrients. This ability to hold on to moisture coupled with the long, hot summers of the largely Mediterranean climate experienced in this region makes it very ideal for the production of high-quality wines.  Naturally, different types of grapes thrive in different parts of the Valley.
Douro produces red, white, rosé wines.  Douro red wines are usually produced from a variety of grapes including Touriga Nacional, Touriga Franca, Tinto Cão and Barocca. They have the distinctive red color which varies with each wine, depending on the variety of red grapes used to produce it as well as the time taken for maturity coupled with where it was matured (whether in the bottle or barrel). These are best served with red meats.  Douro whites are produced from the Rabigato, Gouveio, Malvasia Fina and Viosinho variety of grapes.  These wines are pale in color and are characterized by fruity, floral aromas. When they are stored and matured, they have a more golden color due to the wooden barrels. They are best served with white meat.  Then, there’s rosé, which is a more recent type of Douro wine and its production in the valley is still limited. This wine is characterized by a distinctive pink color and has a sharp sweet flavor. It is recommended that they are used within first to the second year after harvesting of its grapes.  Sparkling wines are gaining momentum in Douro as well. Nevertheless, although the Douro produces several types of wines, the most famous and recognizable wine from this region is Port wine.  Port wines are fortified with brandy, resulting in the characteristic sweetness.

In an effort to appreciate, experience and discover the Douro Wine Valley, I was invited to spend some time with Team Douro in beautiful Vila Real.  Vila Real is on the northwestern side of the Douro. While Vila Real was our base, we were transported all over Douro. The warmth and hospitality of the Vila Real team, paired with the beauty of the region and the high quality wines made for a truly remarkable experience.

Photos do little justice for the magnificence of this region, and the Portuguese wines available in the U.S. do not present a clear portrait of the Douro’s capability.  While many are becoming aware of this fine wine region, the Douro truly has a lot to offer. Meanwhile, this post was just to scratch the surface and provide a little overview. Follow along, as I will be posting more about my experience and discovery of the Douro, Portugal.

For now, check out:

Discovering the Douro with CARM Vinhos

About The Wining Hour:

The Wining Hour also hosts #WiningHourChat on Twitter (@wininghourchat) on Tuesday’s at 9 p.m. EST. (For more, see link at the top or side of this page) 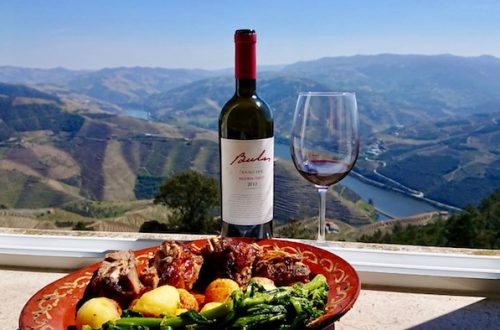